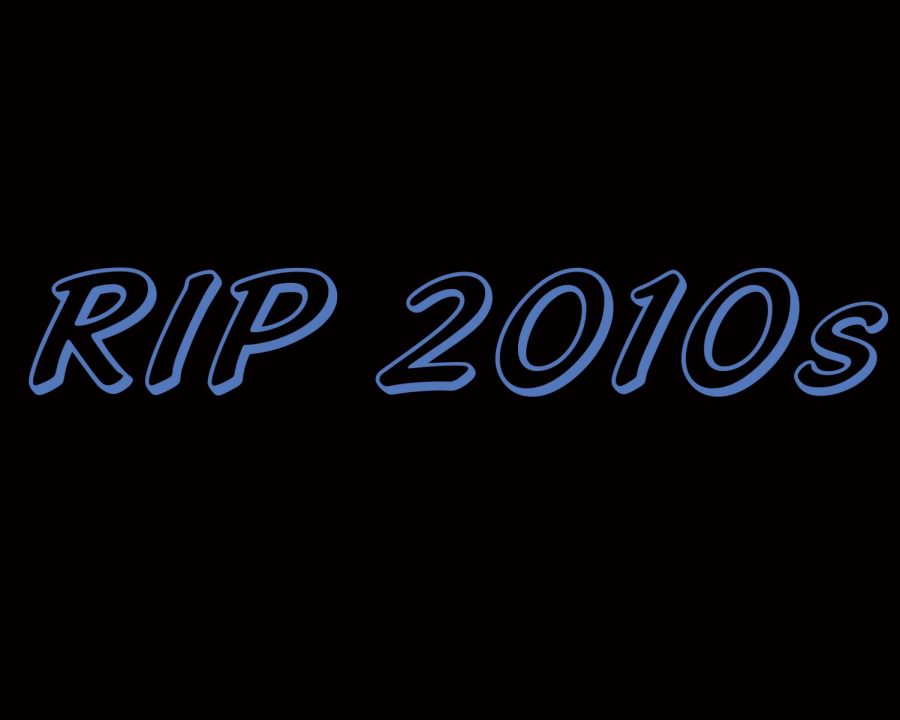 And just like that, another decade has passed. From influencers to streaming TV to natural disasters (and that’s not counting the current Presidency), the ‘teens brought us a variety of events to remember. Here’s a look back at the last 10 years.
Social Media or Social Monopoly?
Perhaps the biggest takeaway of the past decade in culture was the rise of the “influencer” and “stan” culture which has made stardom a click away.

A stan describes a particularly avid fan, alluding to the 2000 song “Stan” by Eminem. Stans have converged on social media leading to the development of interconnected communities such as Lady Gaga’s “Little Monsters”, BTS’s “ARMY” and Beyoncé’s “BeyHive”. Furthermore, these communities began to form not just around massive celebrities, but around everyday people a.k.a influencers. Examples of people who have achieved stardom in this way include Shane Dawson, Smosh, and Jenna Marbles.

However, what was once home grown and produced content has changed along with what people expect from social media websites: the corporatization of social media. There has been no better example of this shift than YouTube which was brought under fire for its monetization policy that targeted channels discussing current events, LGBTQ issues, using strong language, and other aspects deemed unsuitable for advertisers.

In addition, many once independent creators have chosen to incorporate themselves into parent companies – a notable example of this was Smosh which was incorporated by Defy Media in 2011- or strike up sponsorships with companies in which the creator will promote a product or service in a post in exchange for money.
Earworms Through the Years:
Following the trend of the beginning of the influencer, music also became far more relatable because of social media through the advent of the SoundCloud Rapper, named because of the music sharing service SoundCloud and Bedroom Pop through musicians such as Clairo and Mac DeMarco characterized by a DIY, lower quality, dreamy sound.

Aside from that, a new generation of pop stars arose during the decade with the likes of Lady Gaga, Kesha, and Katy Perry. Furthermore, a new generation of rappers arose and entered the charts including Kendrick Lamar, Chance the Rapper and Frank Ocean.
The New Golden Age of Television:
This decade has been good for television, with the advent of streaming services like Netflix, Amazon Prime and Disney+ and their respective original shows, resulting in a surge in consumption which has been called the new golden age of television.
In Memoriam:
It wouldn’t be a decade recap without paying homage to the faces lost on the way.  Amy Winehouse, Whitney Houston, Prince, David Bowie, Robin Williams, Alexander Mcqueen, Paul Walker and George H. W. Bush all passed away during the 2010’s.
Presidents Come, Presidents Go:
In the 2012 election, Former President Barack Obama was sworn into his second term in office, running against Republican nominee Mitt Romney. In 2016, Donald Trump took office with an electoral victory of 304 to Democratic nominee Hillary Clinton’s 227 despite losing the popular vote by 2.1%.
Populism and You:
This decade saw a massive uptick in populist movements and rhetoric from world leaders in both the US and Europe, with notable examples being Black Lives Matter and subsequent counter-movements like All Lives Matter and Blue Lives Matter, the alt-right, Extinction Rebellion, Occupy Wall Street and Brexit.

Social media was a major component in this trend by bringing ideologies into the morning browse via political ads and changing how protests are organized.
The Gun Question:
The question of gun control increasingly came into the forefront following a spike in mass shootings- shootings involving four or more people- during the decade as confirmed by a report by the FBI. Since Sandy Hook, which happened in 2012, at least 239 school shootings have occurred, injuring 438 people and killing 138.

Overall, the scale at which mass shootings have happened has increased as well, according to the LA times.

“During the 1970s, mass shootings claimed an average of 5.7 lives per year. In the 1980s, the average rose to 14. In the 1990s it reached 21; in the 2000s, 23.5. This decade has seen a far sharper rise. Today, the average is 51 deaths per year.”
Mother Nature:
Fires, flooding, and storms wrecked the U.S. this past decade, with several records being broken. 2011 brought awful tornadoes, 2014 and 2015 was burned into people’s memories as fires broke out primarily in California, and 2010 started off rocky with the Haiti Earthquake. Hurricane Sandy and Hurricane Maria both devastated the coasts, and claimed the lives of hundreds.

Animals are coming out of hibernation much sooner than normal. Plants are blooming at the wrong time. Weather is chaotic, as ice storms sweep areas one year while droughts and deadly heat waves kill others the next. As climate change slowly becomes more and more deadly, the world will begin to experience the effects of it more clearly.