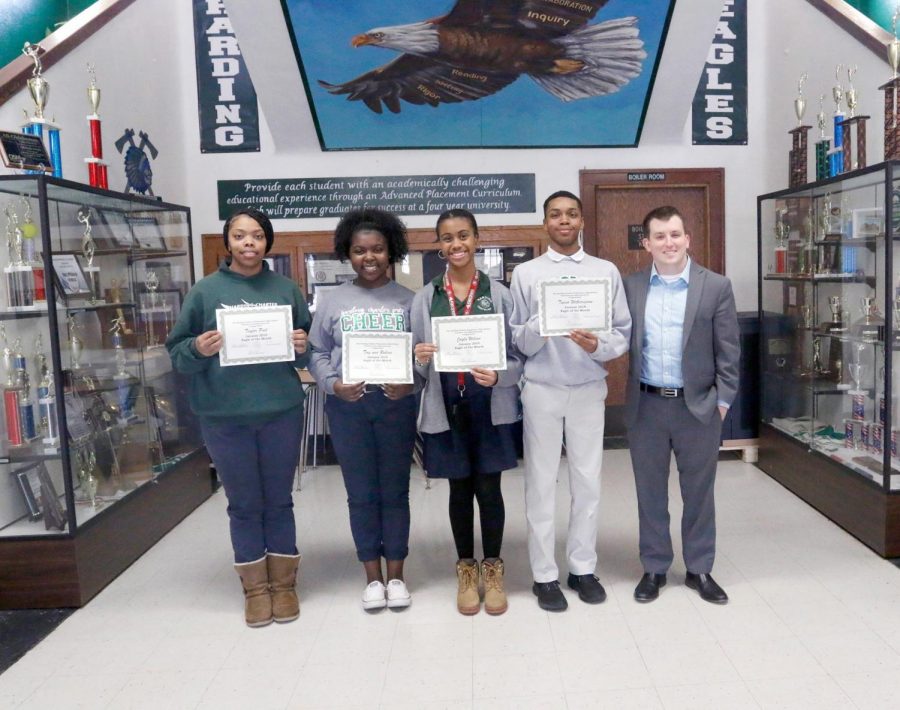 Each month four students are recognized as Awesome Eagles for going above and beyond in some way. January’s Awesome Eagles were: senior Taylor Post, junior Trevor Witherspoon, sophomore Tay’ana Rollins and freshman Jayla Wilson.

Each student received a certificate, a free t-shirt and free lunch from S&B Burgers with the administration.

Post has been nominated for Awesome Eagle several times, but this was the first time she won.

“I was shocked when the office told me that I had won because I didn’t know what I had done that was ‘above and beyond,'” Post said.

According to her congratulatory letter, she earned the award for always being willing to help out a teacher or student without being asked.

“I didn’t ever think that anyone paid attention to what I do because I just do it,” Post said.

This was also Witherspoon’s first time being selected for Awesome Eagle. He was chosen because he voluntarily helped out a classmate during free time instead of socializing with his friends.

“I had a big smile on my face when I found out and I couldn’t wipe it off,”  Witherspoon said.