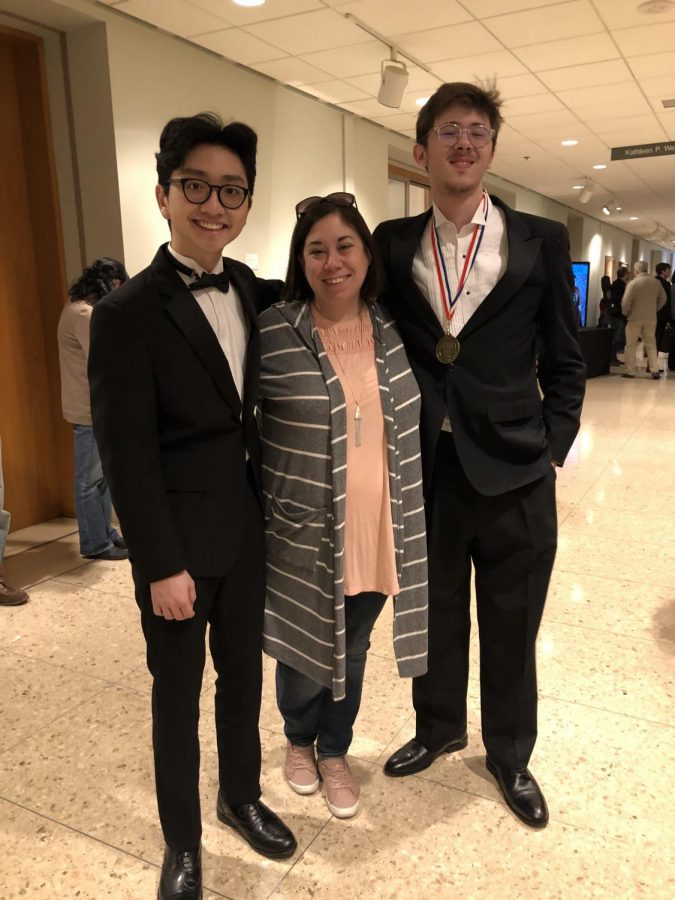 Violinist Victor Nyugen and bassist Jackson Burnette traveled to Tulsa in mid-January for the annual OMEA All-State clinic, a group they auditioned for in December. The group performed under the direction of composer Kirt Mosier.

The prestigious group performed a world premiere of  “Vortex Rising,” a piece commissioned from Mosier for the 1947 Woodward tornado, the deadliest tornado in Oklahoma history, which claimed the lives of 200 people. It was written for the survivors and the victims as a commemorative piece.

“The performance was amazing, especially knowing how difficult the music was,” said orchestra director Kelli Taylor. “The audience just ate it up, they loved it. Standing ovation immediately.”

The orchestra also performed the fourth movement of Gustav’s Mahler’s Symphony No. 1 fourth movement, “The Titan,” which was built around a song called “Das himmlische Leben.”

Burnette has attended All State for three years, the last two as the principal bassist. Nyugen has gone for two years, qualifying as an alternate his sophomore year and working up his placement in the following two years and ending up as ninth chair first violin.

But the end of All-State was bittersweet as both Burnette and Ngyuen are seniors.

“It’s kind of sad, because I don’t get to go back anymore,” Burnette said. “I’m going to miss it because it’s a really fun experience.”

“I think I’ll miss the conductors the most, really. The conductors are really the people who make the experience what it is. They make it a fun and lively experience for all of us,” Ngyuen said.

“They’ve grown as leaders in the orchestra, and they work so hard. Everything is theirs, and they own everything that they’ve done. I’m super proud of them,” Taylor said.