Although held in a hybrid virtual and in-person format, annual charity week is deemed successful 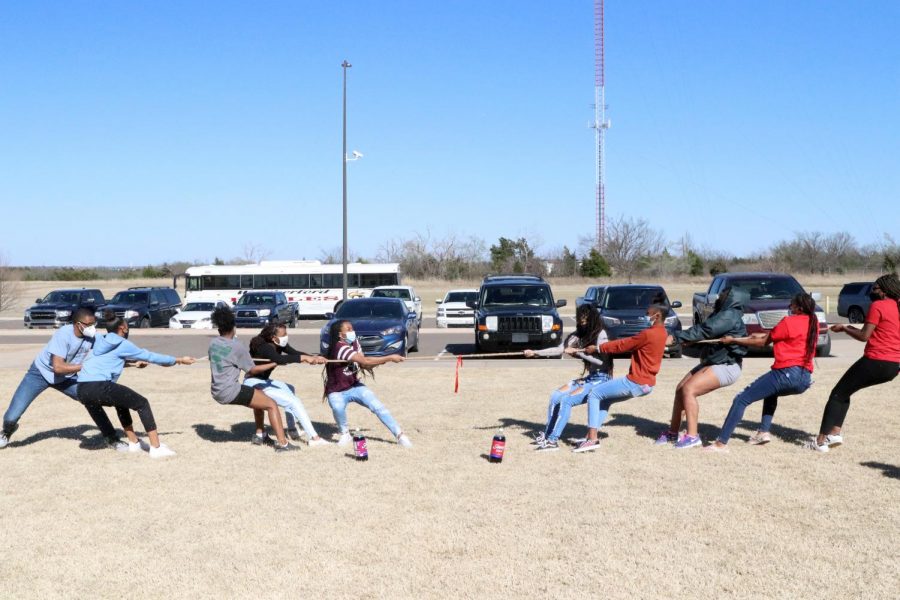 Students participate in a tug o' war during a student fun day during Eagle Week.

In order to raise money for the school’s annual charity fundraiser week, the Student Council had to give Eagle Week a little makeover. Skipping traditional activities like the Mr. Eagle Pageant and Ugly People in favor of virtual auctions and distanced outdoor activities, students at Harding Charter Prep were still able to make a wish come true for a child, one click at a time.

STUCO managed to raise $3,400 for Make-A-Wish, their chosen charity. Since the group had to raise the money during distance learning, STUCO had to get creative, asking for help from the student body for ideas.

“We sent out newsletters and videos advertising [Eagle Week] to see what the student body would participate in,” said STUCO President J’Taelii Heath.

To kick off Eagle Week, STUCO hosted a yoga session inside the cafeteria. Next up was virtual Family Feud and a virtual pastry chef who taught attendees how to make a cheesecake. STUCO also put together gift baskets for a virtual auction, and hosted a virtual talent show.

Not every fundraising activity was virtual, however. There was the annual Teachers vs. Students game — this year was a kickball tournament — which ended with a crushing defeat for the students (12-0). STUCO also hosted another Drive-in Movie, complete with food trucks and fan favorite “2 Fast, 2 Furious.” The week culminated in a student fun evening, with students playing classics like capture the flag and tug o’ war, along with some new favorites like hamster ball chases.