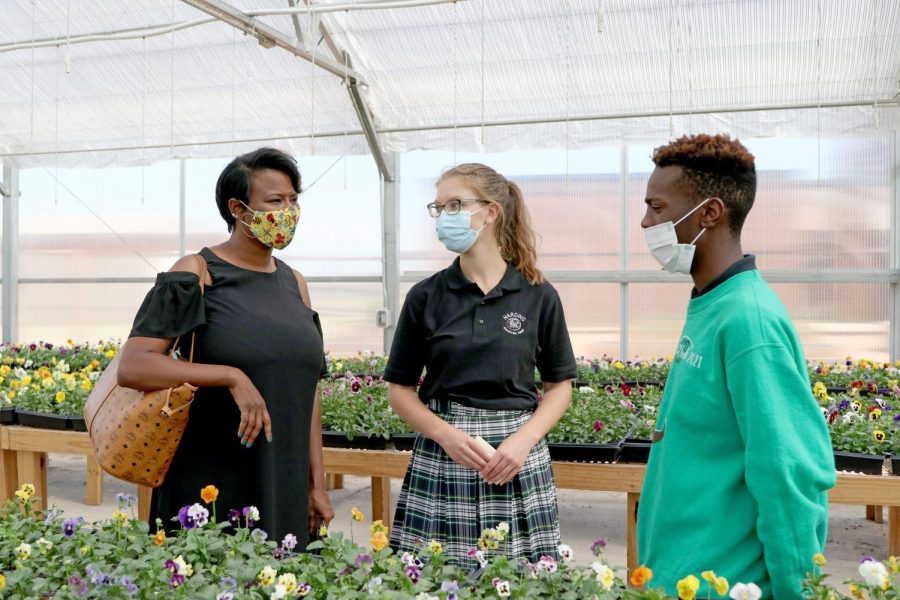 Oklahoma City Ward 7 Councilwoman Nikki Nice visited the senior capstone classes recently, providing insight on what a councilperson does and what the process is like.

Before she was on the city council, Nice earned a degree in broadcast journalism from Langston University and is a television and radio personality. Nice is the second woman of color to serve on the Council. Nice serves on the MAPS 3 Citizens Advisory Board, the Zoological Trust and the Trails Advisory Committee and has focused much of her work trying to combat the “food desert” problem on the city’s east side. Her ward, the largest in Oklahoma City, has lacked quality grocery stores on the east side for years.

“I was impressed by the extensiveness of the problem,” said senior York Bales.

Nice was straightforward about the position, including information about important aspects of the job of a councilperson, including the salary, which was a surprise to many at just $12,000 a year.

“[That was] pretty shocking,” Bales said.

“I thought it was interesting to hear about what she did because I didn’t know what their job was like,” said senior Korbin Nida.

Another major part of Nice’s presentation was her discussion over local and state politics. She answered questions about her personal opinion on the job, and what it is like to be a woman of color in her field.

“She definitely didn’t sugar coat anything which I appreciated,” Nida said.

Nice made it clear that the job isn’t always easy. When asked by a student if she liked her job, she paused and said, “Um…,” which caused some laughter in the audience. Nice then said being a councilperson is rewarding, even if the process is sometimes slow.

She finished up her session with the capstone classes by discussing some history about the government in Oklahoma and how it works. While at the school, Nice also visited other classes and learned more about the school’s mission and students.